A sensational period home in the heart of the Cotswolds only a stone's throw from the centre of Painswick.

"Hambutts House is a place with a long history; Having stood here for three or four centuries; With extensive walled gardens, distinctive yew trees; Great views down the valley, plus good privacy.

With artists, actors and printmaking folk; Previous owners are varied and long-living to boast! It’s a house that needs people to bring it alive; Much like a pearl, usage helps it to thrive.

From early starts for a business commute; To late night tv, or a sibling dispute; The walls are thick and there’s room for it all; Someone playing the flute, others making a call.

In the summer it’s lovely, with both sun and some shade; Many places to choose to drink cool lemonade; Space for paddling pools so that children can play; Whilst grown-ups discuss things they can’t always say.

And as winter approaches and leaves start to fall; Close up all the shutters, light a fire in the hall; The house keeps you cosy, your guests enter in; The wine bottles opened, celebrations begin."

In a nutshell: A wonderful period home with fabulous potential! 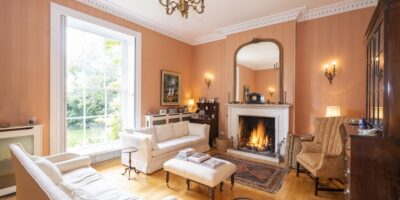 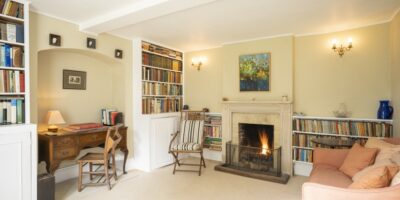 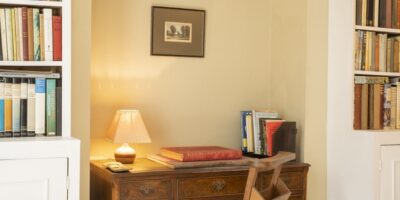 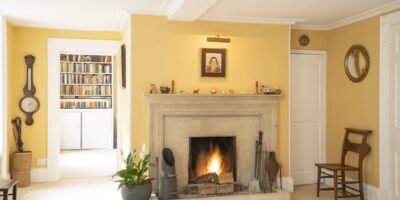 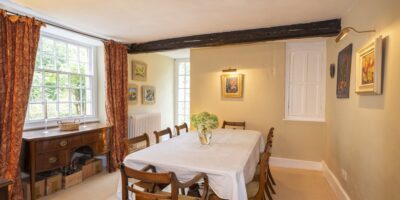 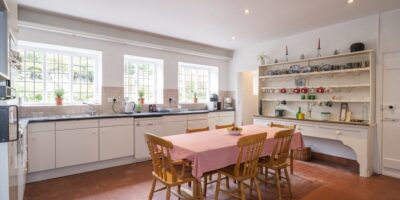 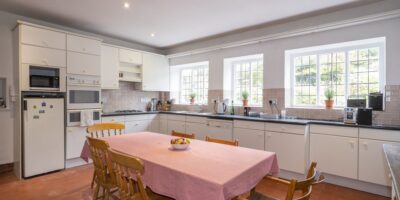 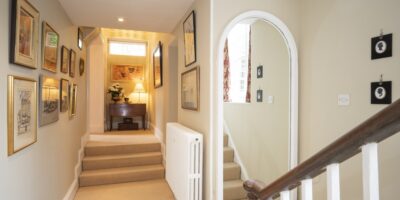 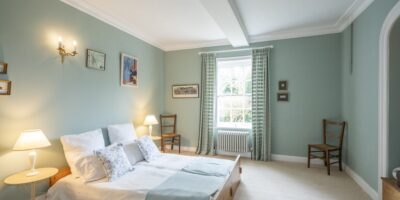 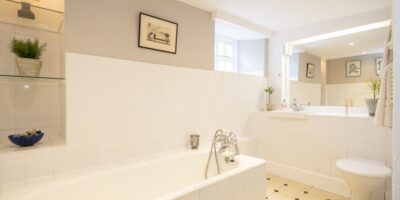 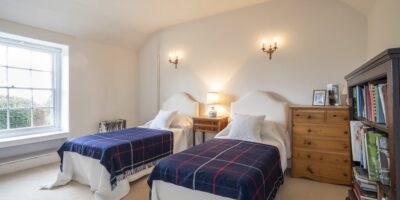 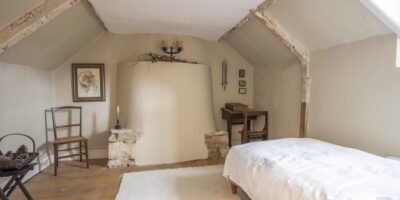 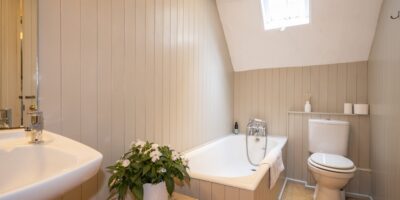 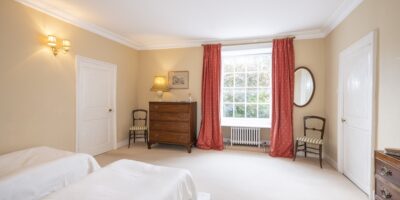 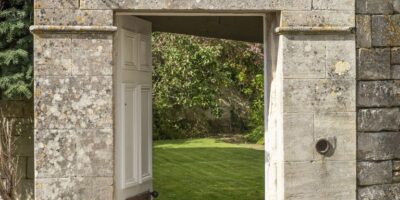 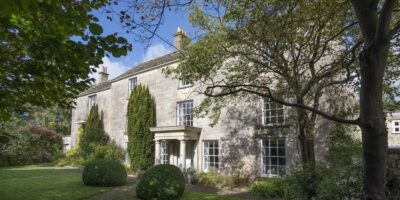 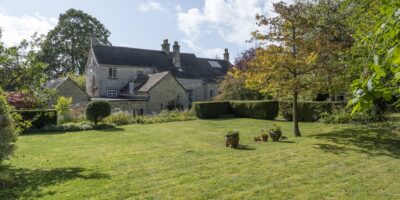 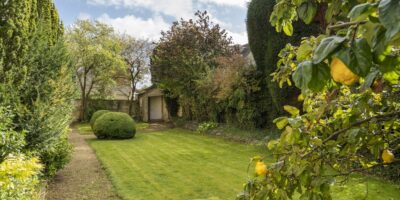 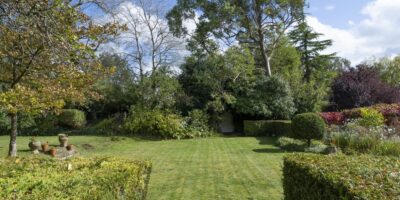 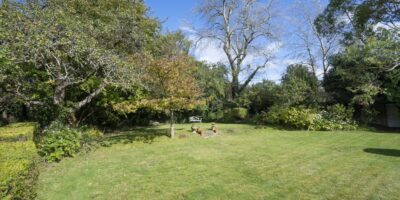 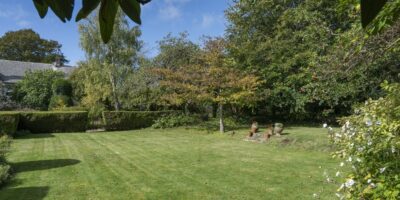 Hambutts House is an elegant and substantial Grade II Listed family home only a stone’s throw from the centre of the ever-popular Painswick. Discreetly positioned a few hundred yards along Edge Road, the centre of Painswick with its shops, cafes and restaurants is only a short stroll away.

Whilst the house would benefit from some updating, the proportions of the rooms and house are excellent. There is a real sense of grandeur with a wonderful feeling of space and an abundance of period charm and character throughout. A large white door under a stone archway leads from Edge Road, where a path winds through the front garden to the front door under an impressive canopied porch with stone pillars. The rooms flow beautifully throughout. A generous entrance hall leads to a library and study directly off to the left and right respectively. Along the hall is a large drawing room with a tall sash window and an open fireplace, perfect for relaxing with a good book in front of the fire in the cooler months. The kitchen/ breakfast room is adjacent to the dining room and is well-proportioned. The pantry is the cook enthusiast’s dream! The ground floor also includes a laundry room, boiler room and a handy cloakroom.

The first floor comprises four bedrooms, two bathrooms and a separate loo, with the master having its own dressing room and en suite bathroom. On the second floor there are three further bedrooms and a shower room.

Outside, the gardens at Hambutts House are delightful with large areas of terraced lawns, a variety of mature fruit and specimen trees and beautiful herbaceous borders. The lawn areas are divided by mature Yew and evergreen hedging and pretty gravel pathways. There is a walled front garden giving the house a wonderful sense of seclusion and privacy. Like the rear garden, this is mainly laid to lawn but with some mature trees including Yew topiary, mature Quince trees and herbaceous borders. There is a double garage in front of which it is possible to park a car, there is also private parking at the front of the house for up to three cars. A wood store and bothy are useful additions to the garden.

The sale includes a parcel of land believed to be the former kitchen garden of circa 0.25 acres which is across the lane.

History of the house:

Painswick prospered on the cloth industry which expanded from 1600 to the point where it was referred to as a 'town' rather than 'village'. At that time the majority of development was on the east side of what is now the A46 (New Street) with some houses in the area to the west known as Ham Butts. Hambutts House was one of those properties and the section of the house with the cellar, dining room and bedroom above are thought to date from that time. By the end of the C18 the eastern side of Painswick had run out of space so buildings sprang up and were extended on the north and west parts of town. Hambutts House was owned by the Horlick family, who were clothiers. They extended the house, which was one of several properties that they owned, and the initials can be seen above the front door and inside the portico.

In the 1930s, Hambutts House was bought by two ladies, Phylis Barron and Dorothy Larcher, who designed and made fabrics for interior decoration and fashion. They sold their products in various London shops, as well as receiving commissions from well known establishments such as Girton College, Cambridge and Winchester Cathedral. They derived some of their designs from plants in the garden and also used some plants grown on the land opposite to make dyes for their designs. The adjacent barn was their workshop and they were successful up until materials became scarce at the start of the 1940s. They added the kitchen by enclosing what was formerly an open yard.

At the end of the war they sold Hambutts House to Phyllis Calvert, a popular actor at that time. They bought the house in 1946 and remained for some time as their children grew up. The house was sold in 1960 to a retired couple from Scotland who moved here to downsize. They sold the house to the current family in 1990.

Nestled down a quiet lane in the heart of stunning Painswick, known as the queen of the Cotswolds. The village is a thriving community and has a general store, pharmacy along with an array of quaint boutiques, pubs, cafés and superb restaurants.

One is spoilt for choice with the fabulous selection of idyllic Cotswold towns and villages which are only a short drive away, with London and its airports accessible in 90 minutes.

Nearby Stroud has an award-winning farmers’ market, vibrant community, Waitrose and other supermarkets and offers a selection of cafés, delicatessens, boutique shops, cinema and local amenities.

Cheltenham, a short drive north, not only offers excellent shopping and dining, it is also host to fabulous literature, jazz and food festivals, and of course horse racing.

The area offers a superb choice of schooling with an outstanding selection of state, grammar and private schools such as Painswick’s own Croft School, Pate’s, Marling, Stroud and Cheltenham schools to name but a few.

Sporting opportunities are abundant in the area and Painswick has its own tennis club with excellent facilities, a rugby club and a cricket club; bridle paths are plentiful; sailing, cycling and water sports can be enjoyed at the Cotswold Water Park; and great walks are on the doorstep! (Cotswold Way runs through the village).

Communications in the area are excellent with easy access to major hubs and international airports in the South West, the Midlands and London, via the M4 and M5 motorways and well-connected direct train services. 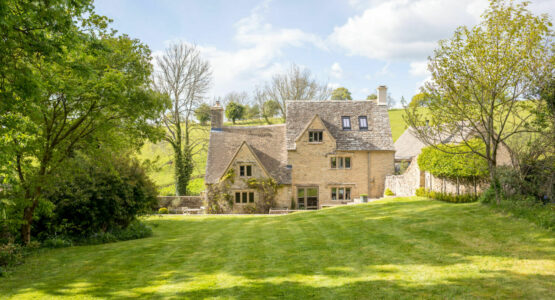 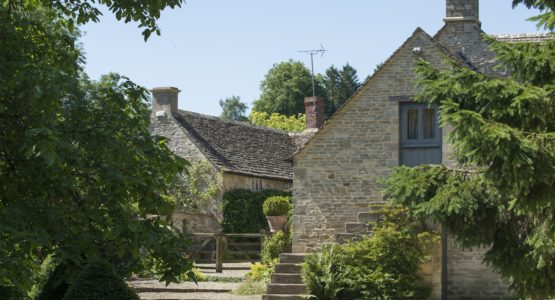 Please leave your details and we will contact you shortly