The ‘city of spires’ is a vibrant city, not to be reserved for students and academics. Explore the bijou city’s history, architecture and soak in the bohemian, intellectual air – from buzzy cultural events to uncovering independent shops and experiencing world-class cuisine. With green open commons, river location and accessible scale, Oxford is a great for city family living. 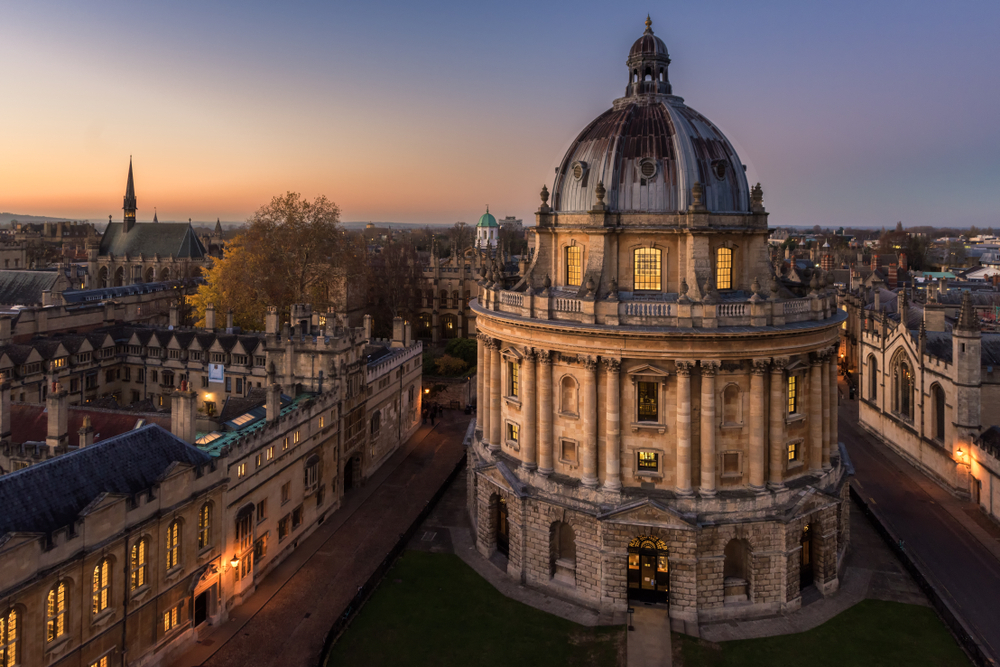 Why we love it

“Stunning architecture and culture – there is so much to do and see. A great city to explore if you are looking to experience what the region has to offer’. Francesca Sharvell. 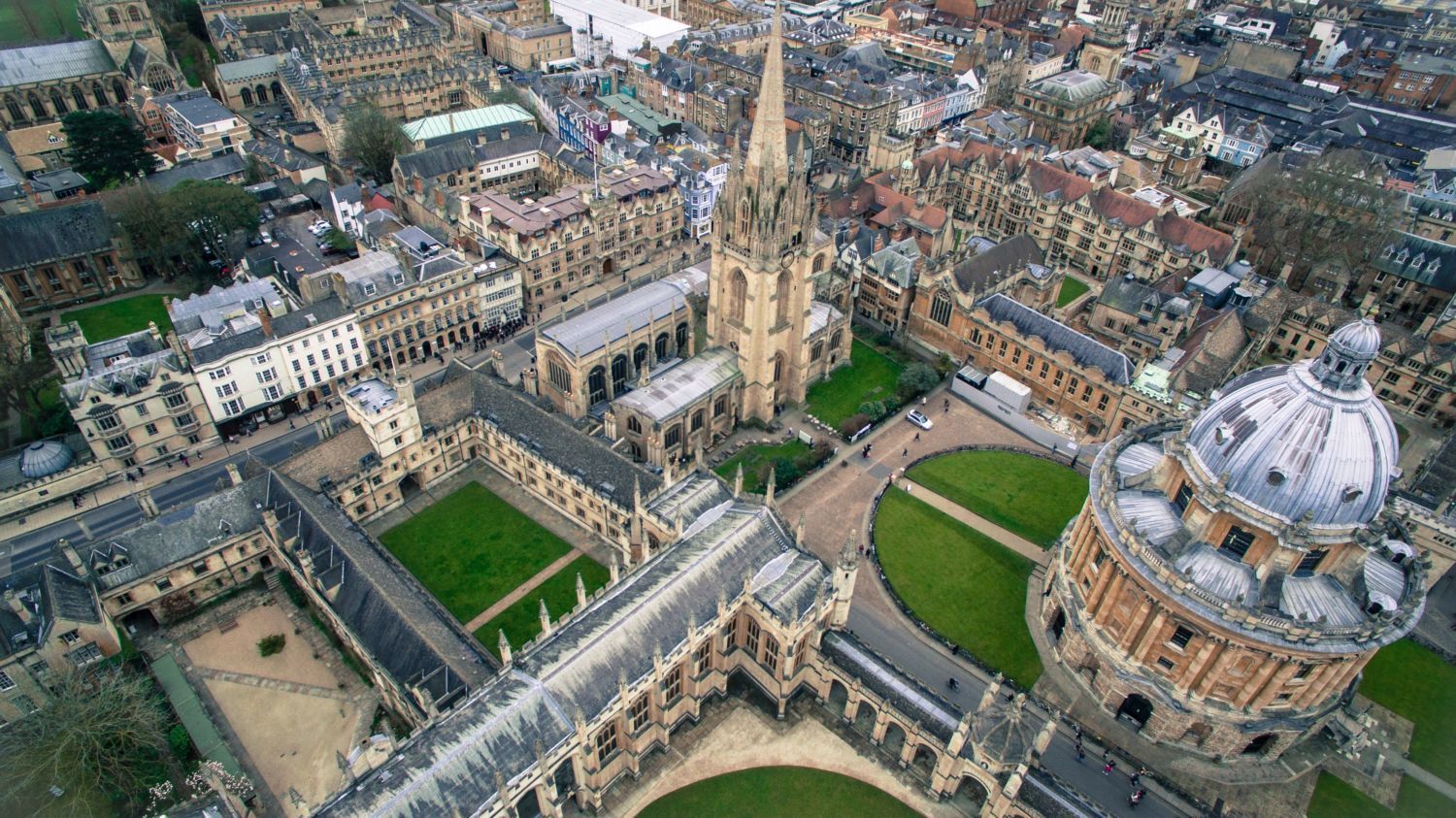 The history of Oxford can be mapped through its architecture – from its medieval heart to Victoria villa suburbs – and everything in-between. Suffice to say, if you want ‘character’ in your home, Oxford has it in spades. 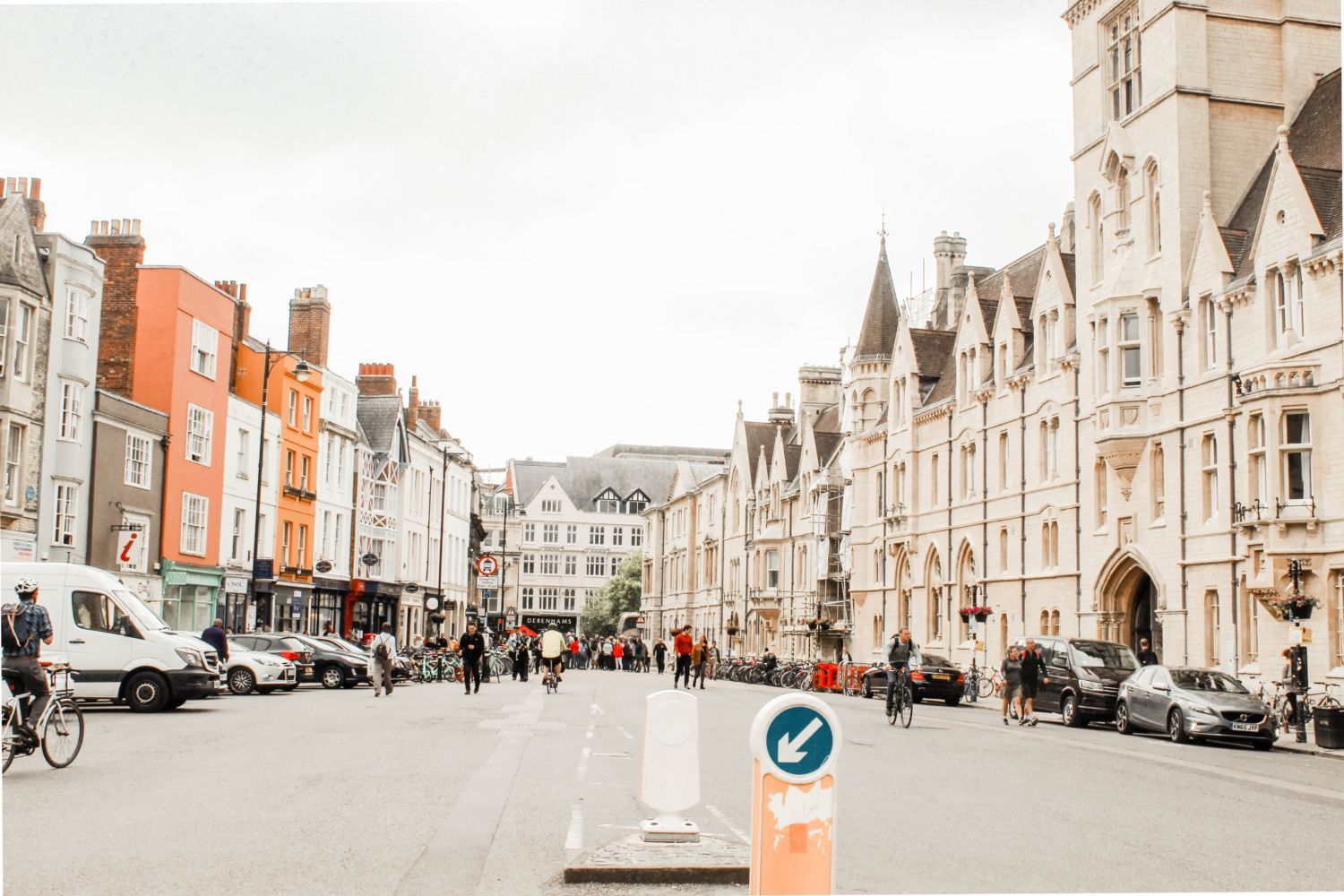 The centre of Oxford has the usual high-street brands – concentrated around the Cornmarket, delve deeper and discover the atmospheric covered market, full of artisan food suppliers (The Oxford Cheese Shop is a must for some local Oxford Blue) and pigeon-hole sized heritage boutiques – some have been local institutions for 40 years. There’s a regular Farmer’s Market for local Oxfordshire produce at Gloucester Green to look out for too. Check out the trendy Walton and Little Clarendon Streets in Jericho for more quirky, independent businesses. 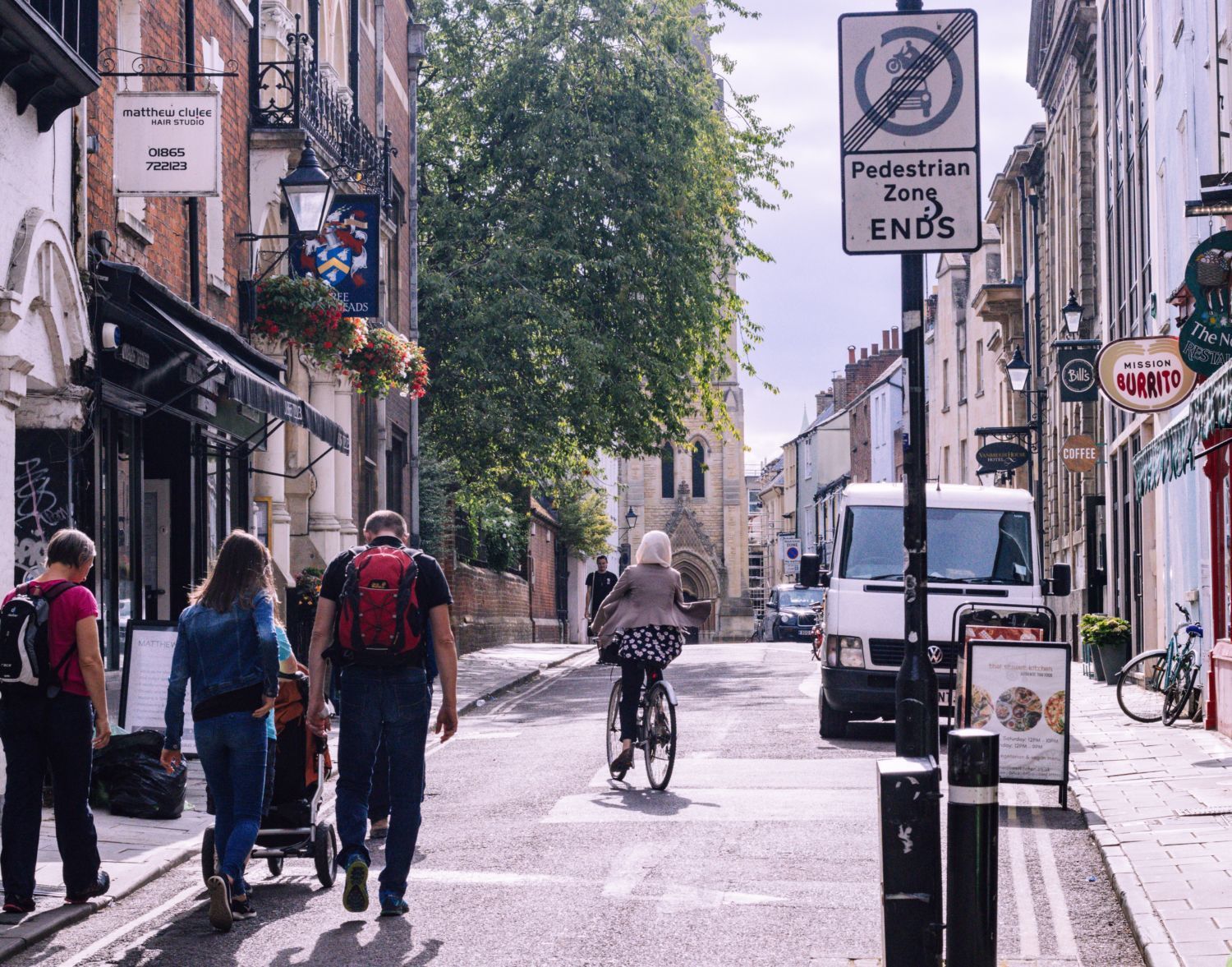 The Perch is a great destination after a Sunday stroll across Port Meadow – the historic common that stretches from Jericho to Wolvercote. One of Oxford’s oldest pubs, it has a fab British farmhouse menu and pub garden come summer. Oxford has a thriving café culture with The Missing Bean at its heart. Roasting their beans in the city, they serve the city’s best flat white. The Ashmolean’s roof top terrace has a great brasserie menu and view to match – end your culinary tour with a scoop from one of the 3 George & D’s ice cream cafes – 25 years’ strong, they know a thing or two about good gelato. 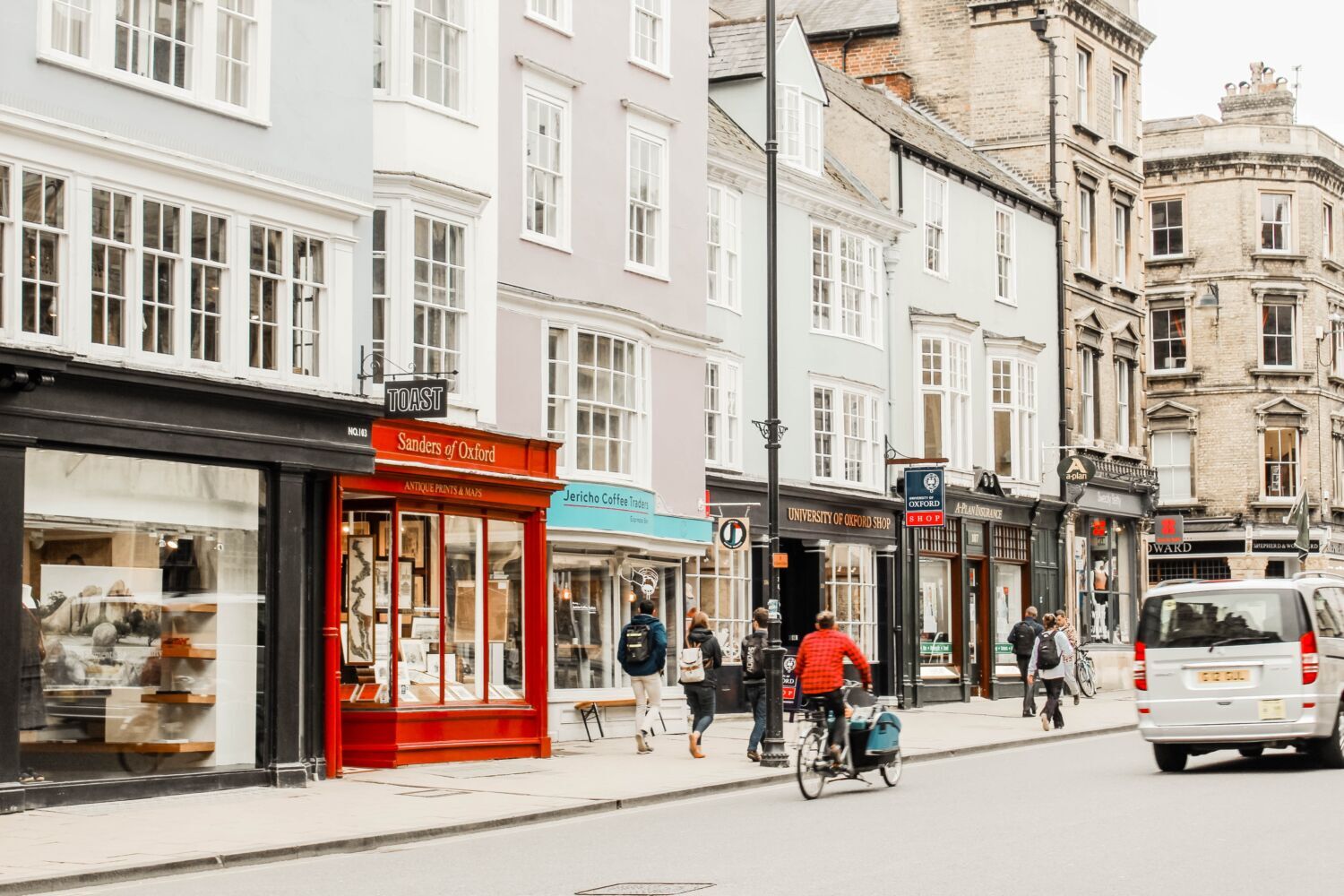 40 mins out into the Oxfordshire countryside and you’ll reach Soho House’s first rural outpost – Soho Farmhouse. Far from a rustic watering hole, this is as smart as any of their city pads. Set in 100 acres – with 40 cabins dotted around the estate as well as restaurants, a spa, farmshop, deli and even a hair salon – every last whim has been thought of, so much so you would be forgiven for never wanting to leave. For a truly magical Oxfordshire stay – the iconic Manoir aux Quat’Saisons is postcard-perfect. Opened by chef Raymond Blanc in 1984, it won 2 Michelin stars in its first year and has held on to them ever since. A truly romantic getaway for foodies – beyond the character-packed manoir itself is the famous cookery school – all set in stunning formal gardens.

If you’re looking for something more central, the Macdonald Randolph has a fantastic location directly opposite the Ashmolean Museum and an impressive Gothic façade. The hotel has undergone a huge renovation but much of its architecture interest and character has been preserved. The Morse Bar (named after the city’s famous fictional detective) has a cosy private gentlemen’s club vibe, whilst the rooms are spacious and elegant – the in-house spa is an added bonus.

Oxford, unsurprisingly, is burgeoning with opportunities to expand your grey matter – from the world’s first public museum – the Ashmolean, to the Bodleian Library and Oxford Museum of Natural History. Feeling inspired? Many of the university’s colleges open their doors to the public for tours, especially popular with Harry Potter fans as much of Hogwarts was inspired by the university’s buildings. Finally, escape the city to Blenheim Palace – from car shows to concerts, the estate has a packed events calendar, the highlight for families being the magical Christmas Light Trail.

Visitors and locals admit that there is a special buzz about Oxford – for architecture, history, tradition and community – it’s hard to beat. A popular location for its accessibility to London, the Midlands and the South West, excellent schools, amenities and family life – it’s popularity is set to rise and rise. 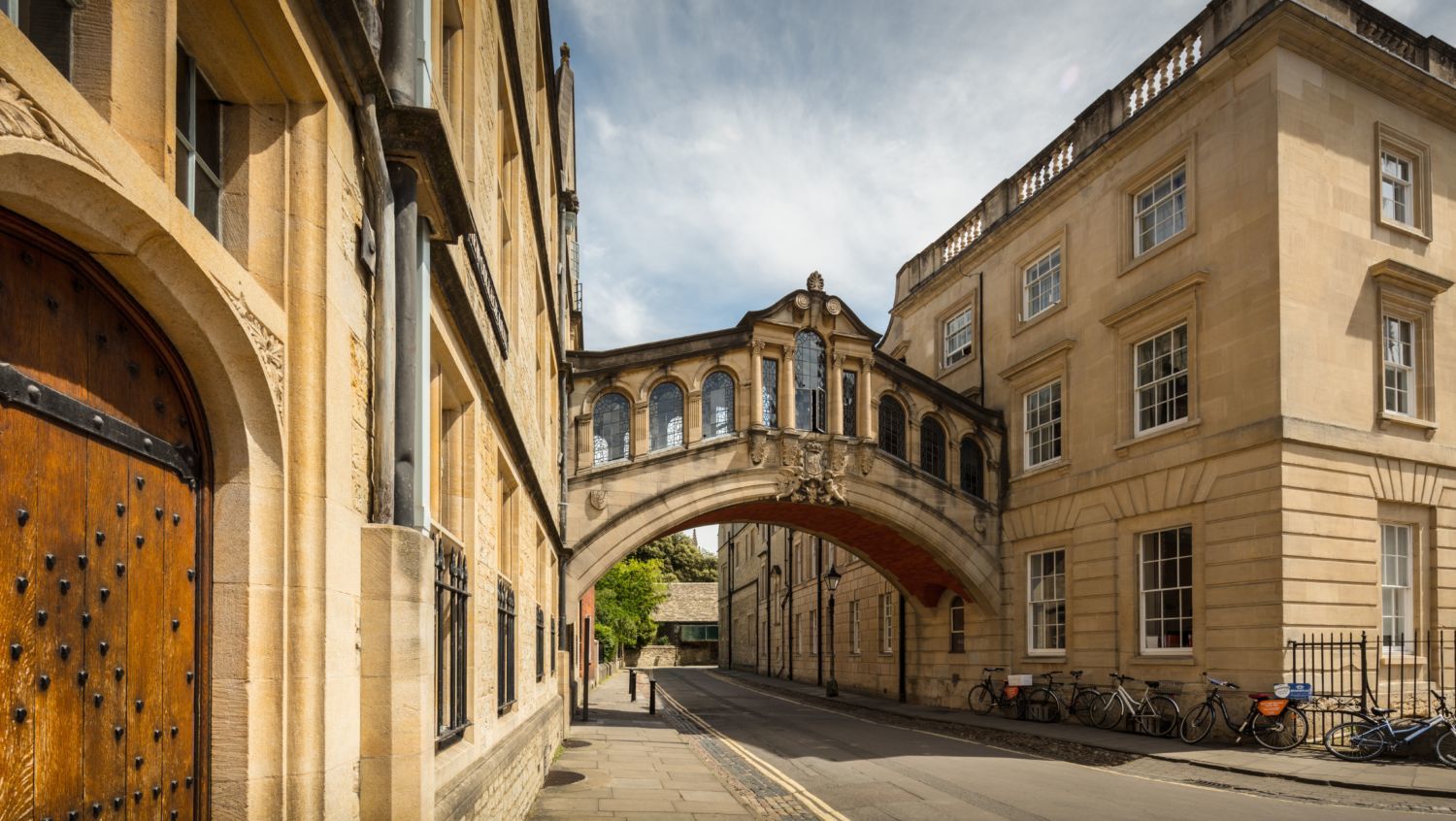