8 films and tv series filmed in The Cotswolds

As the year draws to a close, I’m sure many of us share one thing we’ve all indulged in more than normal this year, and that’s film and tv. Whether you’ve been binging your favourite shows on Netflix or discovering old favourite boxsets on iPlayer, the world of entertainment has provided some light relief to what has been a rocky year.

For that reason, it felt only appropriate to share fantastic tv series and movies that were filmed right here in The Cotswolds. We’ve chosen productions that are perfect for a cosy evening of mince pies and hot toddies, so maybe our picks will inspire your Christmas watchlist! 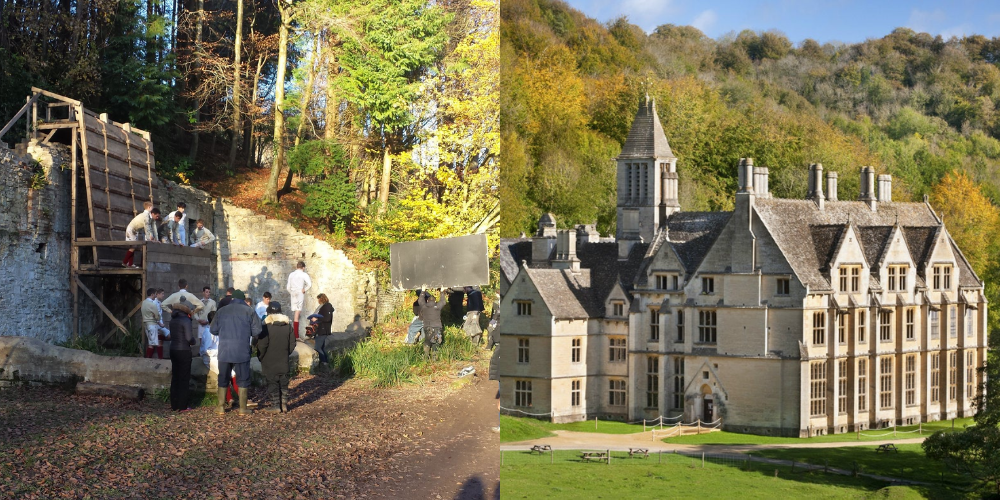 The Crown has been a hot topic since season five was released in November. If you're yet to jump on the bandwagon, now’s your chance! There are so many iconic UK locations within this series, and Woodchester Park and Mansion play a major role in season two.

Woodchester Mansion is presented as Gordonstoun Public School, where Prince Philip and Prince Charles attended school when they were young boys. The story mainly focusses on Prince Philip’s time at Gourdonstoun and his experiences of boyhood.

As a 19th century Victorian building, it was abandoned during construction in 1873. Due to its isolated location and Gothic character, it’s gained a reputation as haunted and provides the backdrop to local ghost stories. Due to this, it has also been featured on Ghost Hunters International and Most Haunted Live, but we’re bigger fans of the Netflix royal biopic!

This classic romcom filmed some jaw-dropping snowy scenes in the picture-perfect village of Snowshill. The north Cotswold village was used to film Bridget's visits her parents at Christmas and scenes included the picturesque village, village green and house where Bridget stayed.

The magic of moviemaking was brought to this location, as the idyllic snowy scenes were actually filmed in the middle of July, meaning the crew covered the entire village in fake snow! 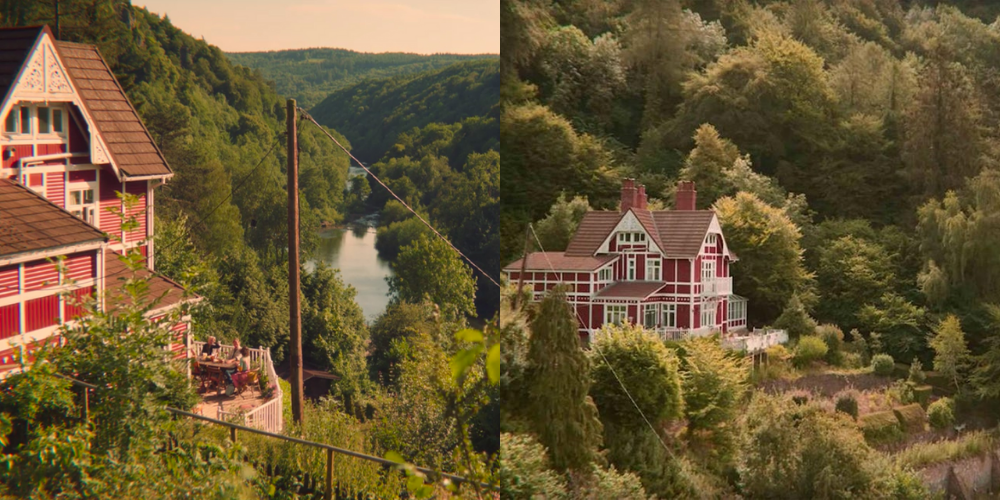 Both seasons of Netflix’s hugely popular series Sex Education were filmed around Gloucestershire, the Forest of Dean and the Wye Valley. The series follow Otis (Asa Butterfield), the son of sex therapist Jean (Gillian Anderson), and his hilarious and often cringeworthy journey to advise his peers on their sexual problems.

One of the most striking locations within the series is the distinctive red and white house where Jean and Otis live. Known as The Chalet, it overlooks Symonds Yat, as well as Bathhurst Pool in Lydney, Dean Forest Railway and its Parkend station, the bridge at Redbrook and St Briavels Castle. 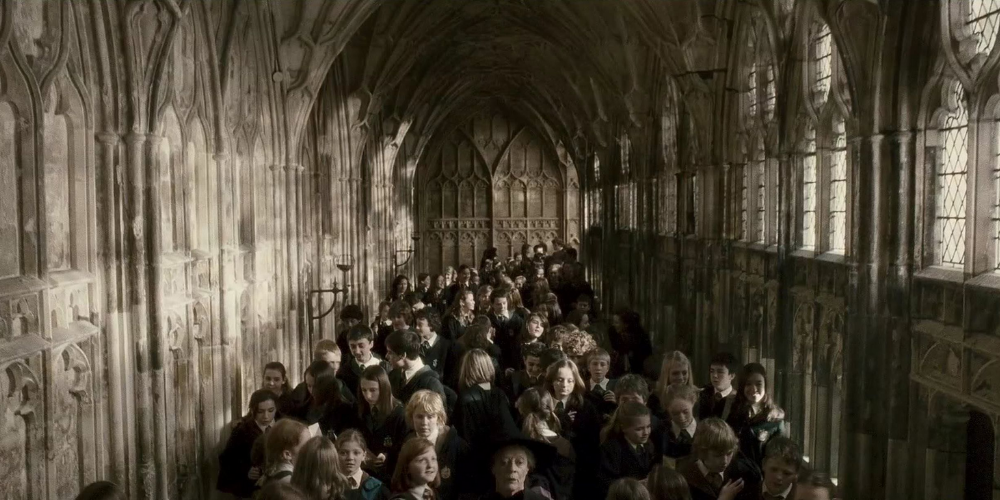 Harry Potter's become synonymous with British culture, with people across the world travelling to the UK just to visit the filming locations. For that reason, it’s hard to leave Harry Potter off this list.

Perhaps the most famous Cotswold location is Gloucester Cathedral. Built in the medieval period, its stunning cloisters provide the perfect backdrop for Hogwarts’ winding hallways. One notable scene is in Harry Potter and the Chamber of Secrets when the fateful words "The chamber of secrets has been opened" appeared on the walls. On a much lighter note, Stroud-based movie magicians Snow Business created artificial snow scenes for the films.

On top of this, many of the Hogwarts' school scenes were filmed at Oxford University's Christ Church College. Oxford provided the staircase most notably used in the first film where Professor McGonagall greets the first years on their arrival, and also provided the Great Hall on which The Great Hall was modelled. 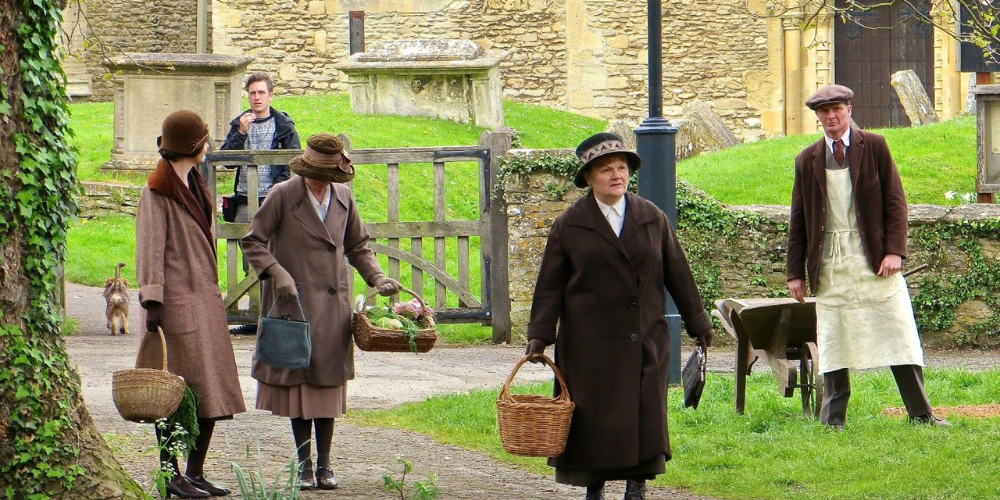 The quaint village where Downton Abbey’s set, is mainly filmed in The Cotswolds market town of Bampton. Known as one of the area’s prettiest villages, most of the show’s outdoor and exterior scenes were filmed in and around the church in Bampton and its surrounding paths and walkways.

Churchgate House, which is the old Bampton rectory, is used for the exterior shots of Isobel Crawley's house. Eagle-eyed viewers will notice shots from nearby Oxfordshire villages of Swinbrook, Cogges and Shilton too. 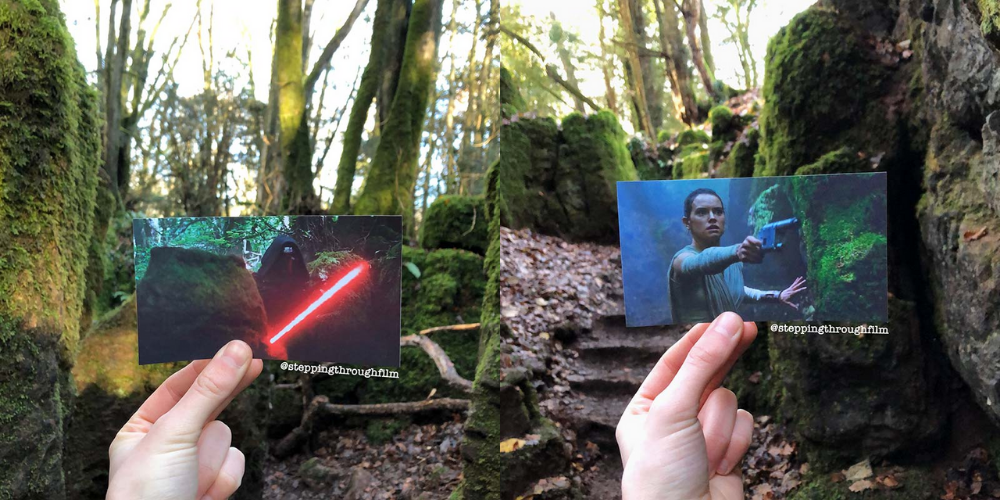 Puzzlewood's forests and ancient ruins have inspired some of the best fantasy and sci-fi productions of the last decade. Most recently, the mysterious nature of this woodland made it the perfect location for J.J.Abrams-directed Star Wars Episode VII: The Force Awakens.

Puzzlewood provided the location for the first major scene between the Star Wars heroes and villain Kylo Ren. The film’s producer Kathleen Kennedy said the site was "the most magical forest on the face of the earth".

Besides Star Wars, Puzzlewood’s mystical backdrop has been a frequent filming location for series such as Doctor Who and Merlin. It’s also rumoured that its ancient woods were the inspiration for the forests of Middle Earth in The Lord of the Rings! 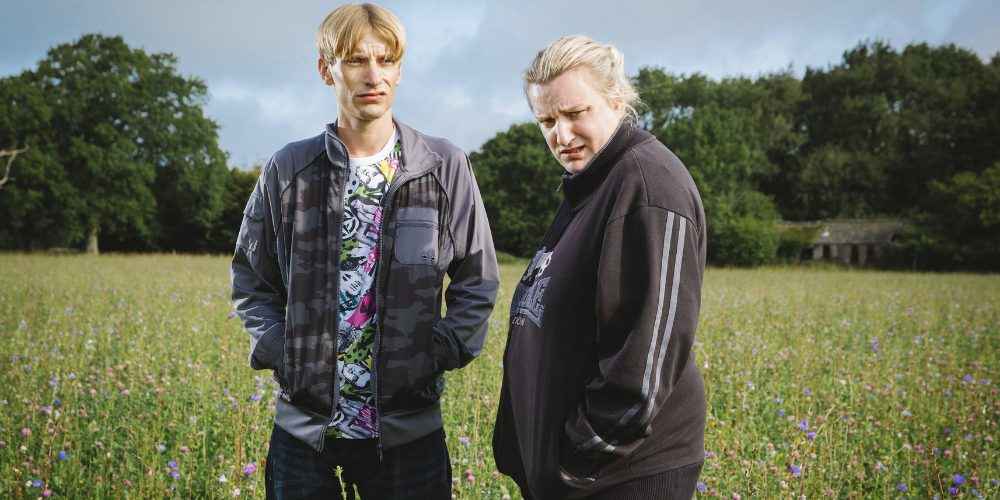 This hilarious mockumentary from BBC Three is based on The Cotswolds town of Cirencester, written by and staring local brother and sister act, Daisy May Cooper and Charlie Cooper.

Despite being about Cirencester, the series is actually filmed on location in and around the small town of Northleach, Gloucestershire. Following the day-to-day lives of two young people living in a small village in The Cotswolds, Northleach was chosen as it's one of the smaller Cotswolds towns with a population of around 1800.

As well as plenty of scenes from the town, This Country also features plenty of comical references that only locals will get! 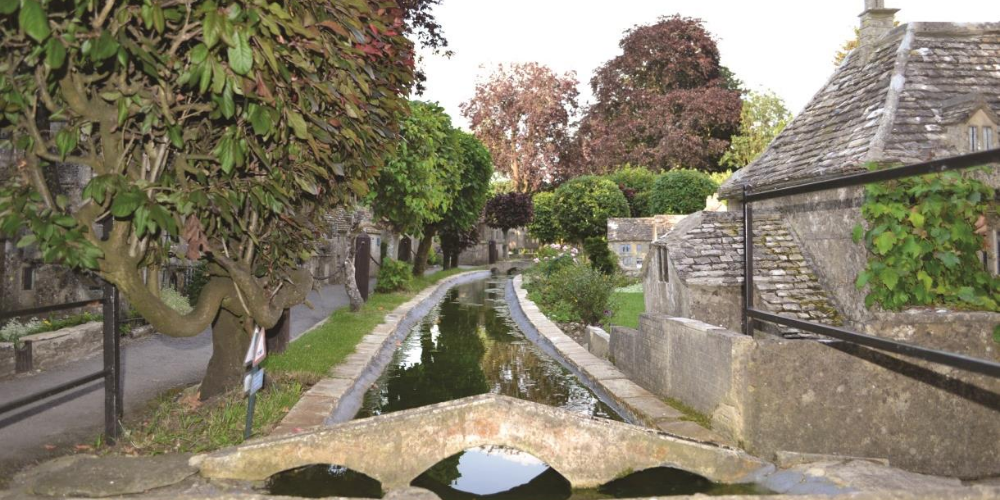 Ending on a rather festive note, Christmas comedy Nativity 3 with Martin Clunes features a starring role for the adorable model village at Bourton-on-the-Water, Gloucestershire!